Along with being a historical city, Mehsana is also a place full of cultural heritage and vibrancy for which this entire state is popular all over the world. This place has lots to offer to the visitors in the form of intriguing historical reminiscences along with grand fairs and festivals. The fun and fiesta offered by these fairs and festival leaves people spell bound.

The magnificence and cultural vividness of Mehsana is beautifully reflected in these festivals celebrated here by the people with zeal and enthusiasm. Throughout the year, this region remains abuzz with the festivities of these events and they also attract numerous tourists to enjoy the same. Some of the most popular fairs and festivals celebrated in Mehsana are:

Modhera Sun Temple is most significant tourist place of Mehsana tourism and its importance in tourism increases during the Modhera dance festival. It is magnificently organized in the premises of Sun Temple under the blooming colorful lights and wonderful ambiance. The Sun Temple is wonderful piece of architecture standing in the region of Mehsana resembling the aura of ancient archeology. The venue looks awesome during this festive and people coming at this time get mesmerized by watching this unique creativity of ancient era. 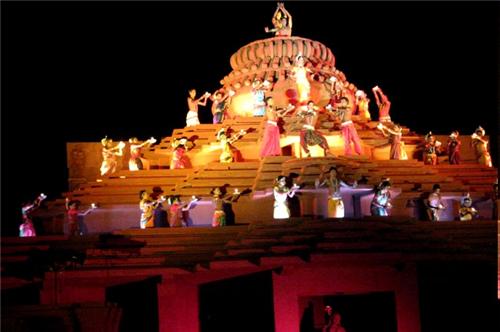 Modhera dance festival is also known as Uttarardh Mohatsav which celebrates dance, music, art, and culture of Indian history. Here, in this festival, different styles of Indian cultural dances are performed by renowned artists of different states. They feel honored to perform at this grand stage where their art is applauded and appraised by the people. This three day festival is organized by Gujarat Tourism department to provide opportunity to diminishing Indian art and culture.

Tanariri Festival is one of the auspicious celebrations organized at the memorials of Naagar sisters. These two were renowned singers during the era of Mughals. A famous story is hidden behind the popularity of these two singers. Famous singer Tansen was brought to health by Tana and Riri by rendering pure raga of Megh Malhar. He was suffering from burning fever after singing Deepak raga in the court of Akbar. Hearing this significance, Emperor Akbar called them several times to sing in his court but they hid themselves due to conservative thinking of those times. 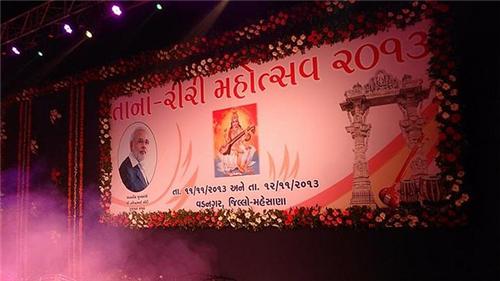 A wonderful memorial has been established in the memory of these two sisters where this Tanariri festival is organized. A renowned musical festival is commenced once in a year in the remembrance of Tana and Riri. Upcoming singers and musicians prominently participate here to show their sheer talent and flair in music.

Jogani Mata fair is well known traditional fairs organized in Palodar village. It is celebrated at chosath Jogani Temple situated in this village with projected glow and significant enthusiasm. It is celebrated on 11th and 12th day after the occasion of Holi festival. The locals and travelers participate in huge numbers to celebrate this enthusiastic and spiritual fair for better rain and cultivation.

Kite festival is famous in entire Gujarat and Mehsana is not left behind in celebrating this mesmerizing event. This festival is celebrated on 14th January every year when the fiesta of Makar Sankranti is organized. 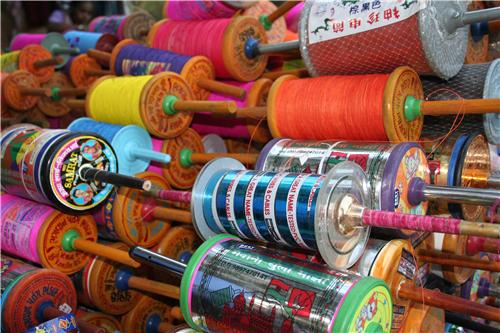 People from all over the place gather at public grounds and participate in the festival of Kites. Existence of Kites is not exactly found in the history of this region, but songs sang even 1000 years back also depict the presence of kites here. People from Mehsana participate in this wonderful festival irrespective of caste and creed.

Bahuchar Mata festival is organized during the month of August and September in the region of Mehsana.  Thousands of people visit this sacred temple during the festive time.

A fair is arranged near this temple to attract many women and children from all around. Traditional songs and dances are performed during this fair of five days in the Becharaji. This festival holds great significance among the devotees of Bahuchar Mata who throng this temple with complete devotion and enjoy the festivities of this grand fair.

Navratri festival is event of masses and people from Mehsana participate readily in such happening fiestas. Navratri is celebrated nine days just ahead the occasion of Dusshera. Men and women dressed in colorful traditional dresses gather at common places to celebrate with their friends and relatives. Traditional and heritage dance of garba and dandiya are performed by all locals to increase the enthusiasm and enhance rejoice. 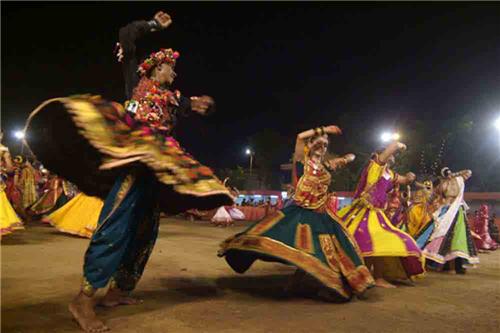 Other than these particular festivals, the people of Mehsana also celebrate traditional festivals of Diwali, Holi, Dusshera, Rakhi Poornima, Ganesh chaturthi, Teej, and other such popular Hindu events. These festivals really make Mehsana a lively place to visit and allure such wonderful happenings taking place in this amazing city.


Explore more about Culture in Mehsana