* In case of any delay in receiving the OTP, you may verify it later. Please proceed without verification.

Your mobile number is not registered with us. Please register your mobile no.

Mehsana is an ancient town of Gujarat flourished with vivid traditions and culture. It is situated in the northern side of Gujarat near the border of Rajasthan. Its culture is derived from different eras witnessed by this region. The first and the foremost flourishing time of Mehsana were during Solanki Dynasty. It is believed that they emphasized on developing mankind and culture to live united. They infused many gigantic structures of religious instinct to make people spiritual and devoted to god. They also induced different kinds of handicrafts and artistic culture in the community established at this region.

A Rajput King Mehsaji Chavda from Chavda dynasty established the city of Mehsana by constructing toran (entry gate) of city. Mehsana has huge influence of this era as well. During the course of time, it witnessed many rules till the empire of Gaekwads in 1947. Hence, there are several impact of culture found in the people of Mehsana. The major religious cultures found in the area of Mehsana are Hindu, Muslims, Sikhs, Jain, and Christians.

Mehsana is developing city and numbers of migrants from other small towns and villages settled in this city. The population of Hindus is eventually more than other caste in Mehsana. In that main component comprises of Brahmins while Sathwaras, and Jats are found as a natives of city. These native people have struggled a lot since the ages from invaders and other rulers of this region to maintain their existence. 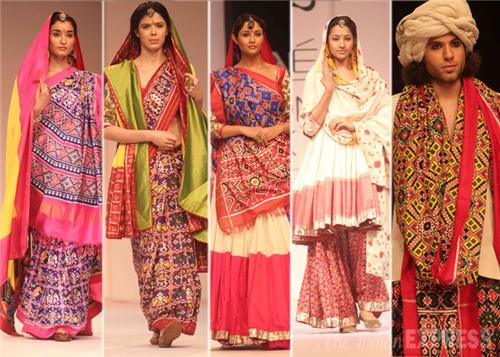 While talking about the dressing of Mehsana, people prefer colourful attires especially in their cultural events. Chorno & Kediyu are the traditional wear for gents and Chaniya Choli is for women. Today, changes are seen in the dressing of people and they are duly turned towards western outfits which are comfortable to wear. But during festivals and other cultural events, Mehsana people prefer to wear their traditional outfits for celebration.

Gujarati is the main communicative language of local people in Mehsana. Besides, people from other caste and creed, mostly new arrivals in the city, talk in Hindi language. Travelers from other part can communicate easily by speaking Hindi. As it is national language of India, Hindi is quite popular and termed as second local language of Mehsana.

Dance and Music in Mehsana 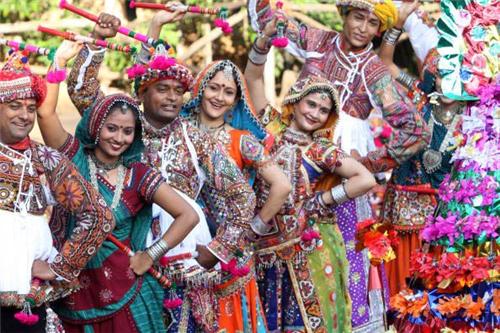 Dance and Music runs in the vein of this city. People of Mehsana are allured towards their folk dance and music. Garba, Rass, Garbi, and dandiya raas are some of the prime dances of Mehsana. People wearing traditional dresses dance on these cultural themes. Alongside, there folk music is also very popular worldwide. Rannade songs and festive songs are quite popular in Mehsana.

Handicrafts are major contributors in economy of Mehsana. The culture of handicraft seeded during the period of Solanki’s and that tradition is still pertaining in city. Stone Jewelries, handmade sarees, torans, leather sandals, and other handmade textiles are highlight of handicraft in Mehsana. Brass and copper ware utensils are also the part of handicrafts in the rural areas of Mehsana. 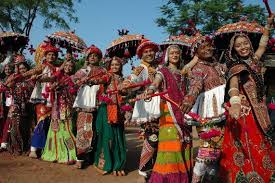 Mehsana, being an integral part of Gujarat, celebrates all major events usually occurring as per Hindu calendar. In that, Holi, Raksha Bandhan, Diwali, Dushera, Navratra, Ram Navmi, and Janmastami are the prominent festivals of Mehsana. People celebrate them with great enthusiasm and rejoice along with their friends and relatives. Apart from these, there are many religious festivals particular for the religious establishment found in the region of Mehsana. In that Jogani Mata Festival and Bahuchar Mata Festival are main local fiestas of Mehsana.