Mehsana is an important city of Gujarat situated towards the northern part of state. It has geographical conditions typical to this region in Gujarat. It shares its borders with five other districts of state. While Banaskantha fringes it towards north, Ahmedabad and Gandhinagar are situated towards its south. Patan and Surendranagar district borders Mehsana from West with Sabarkantha lying in the eastern direction. Mehsana has an elevation of 265 ft above the sea level. This district is divided into 9 talukas further divided into 604 villages. 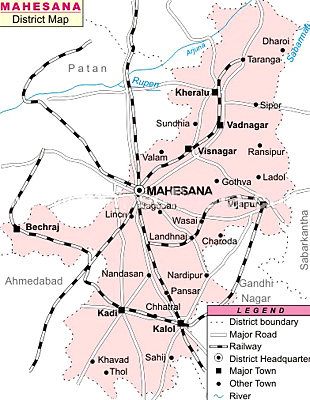 Total geographical area occupied by Mehsana is 4.4 lakh hectares out of which 80% area is under cultivation in almost all its talukas. It has 2% forest cover and 6% land used for pasture. Unjha is the agricultural trade center of Mehsana famous for its fennel, isabgol, and cumin seeds. Mehsana is largest producer of lemon and fennel seeds while it is the third largest producer of tomatoes in the state.

In Mehsana district, land is mostly flat with sandy loam and medium black types of soil. The slope in this region ranges from 0 to 1%. The soil in this district is neutral pH i.e. 6.5-7.5. It has low level of phosphorus content while organic carbon is medium in soil. With high potash content, it is quite better for agriculture. Some areas in Mehsana have alluvial soil with kankar pan soil and mild black cotton soil as well. 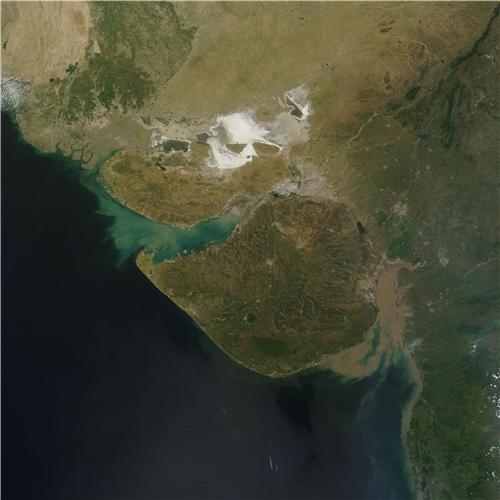 Mehsana has rich deposits of many minerals, natural gas, and mineral oils under its soil. Due to such availability, it has its name in the All India Mineral Maps which is prepared by Petroleum Ministry under Government of India. Main minerals explored here include bricks clay, china clay (crude and impure), sand, granite, quartzite, limestone, etc.

The entire district of Mehsana has several rivers flowing through it. These rivers include River Rupen, Pushpawati, Sabarmati, Khari, Saraswati, as well as other vokada. They originate from the nearby hilly regions and inundate the district for better irrigation.

Mehsana has an adequate climate for agriculture. It basically has three main seasons, viz, monsoons, winter, and summer. It has temperate climate with proportionate hot and cold weather. Winters starts from mid October and lasts till February here while summers range from March to mid of June. Season of monsoons begin in mid of June and it continues till mid of October in Mehsana.

Maximum temperature recorded is 45 degree centigrade and minimum temperature is 15 degrees centigrade.
Average rainfall in this district is around 668 mm and rainy season lasts for approx 45 days. Though, different parts of Mehsana have rainfall ranging from 300 to 1300 mm.

Other Important Information about Geography of Mehsana