Located in Mehsana, Gujarat, Rani Udaymati Vav is a holiday destination of historical, architectural and cultural importance. Recordings state that the stunning palace was constructed during the 11th century. Additionally, statistics declare that the Rani Udaymati Vav palace is around 64 meters long and 20 meters deep. 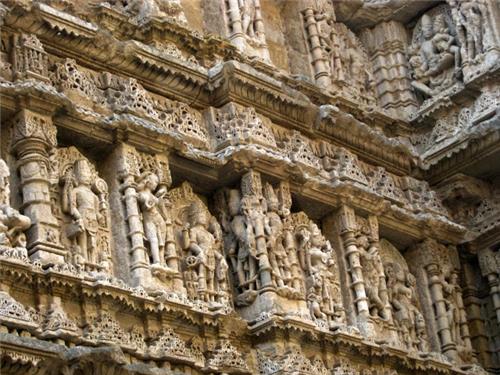 Rani Udaymati Vav is of great architectural significance. When compared against many other monuments and structures in Gujarat, Rani Udaymati Vav is special and unique. The palace features many step wells that are bigger than many other structures in the entire state! It is quite interesting to note that the splendid monument was built without any technological assistance.And that too, its features are too perfect for its age. The astounding fort has intricately designed walls and chambers. 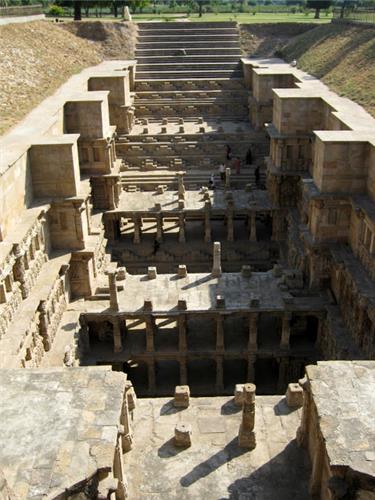 There are plenty of statues in and around the fort. This includes sensational statues of godesses and gods from ancient times. Rani Udaymati Vav entrance is decorated with a man and his elephant. Additionally, you will come across many statues that are devoted to Lord Vishnu. This makes Rani Udaymati Vav a perfect place for Vishnu devotees. Apart from these, you will see sculptures of Lord Buddha, Lord Shiva and Parvathi in the antique palace! In addition to the expressive eyes and face, archeologists admire the body language of these sculpture too.

As you stand at the edge of Rani Udaymati Vav, you will be left bewildered by its sheer height! The step  well is as large as a pond which is tapered downwards in a rectangular fashion. The lowest level is round shaped. Rani Udaymati Vav comprises of several levels. At each level you will see a pavilion or partial roof that blocks direct sun light. As you walk down, you will enter into a new world. The walls and pillars are designed beautifully. In each level, the wells are not mysterious, dark or deep! Instead, the monuments will make you feel special. The amazing step well is a part of the UNESCO World Heritage 2014 list.

According to the scriptures and historical readings, Rani Udaymati Vav was built in 1100. This makes it one of India's oldest and priceless monuments. The palace or fort was built by a beautiful queen for her dear husband. To be more precise, Rani Udaymati built the fort for Bhimdev Chalukya. Bhimdev was a mighty conquerer and ruler of the Solanki Kingdom. History states that the Solanki Dynasty was one of Gujarat's most successful and flourishing kingdoms. The locals loved Bhimdev for his kindness and loyal nature. His wife Rani Udaymati Vav loved statues and art. She was an ardent admirer of ancient art. Rani Udaymati Vav has made many lower level passages in the palace. These routes are regarded as paths that connect many neighboring towns. 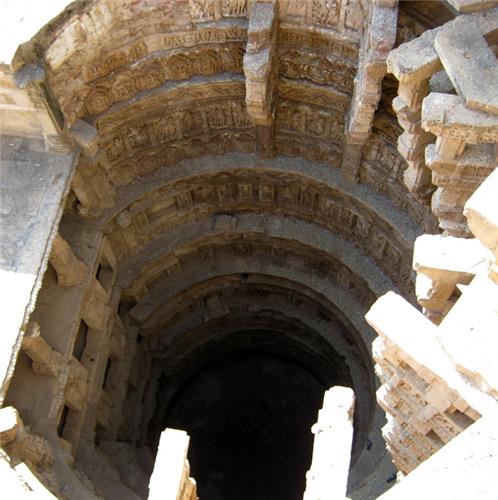 Rani Udaymati Vav attracts plenty of tourists! Indeed it is a famous landmark in the entire district. People visit Rani Udaymati Vav from different parts of the globe. The palace is around 53 km from the heart of Mehsana and 120 km from Ahmedabad. It is well connected through roadways. Hence, you can reach Rani Udaymati Vav by car, bus and taxi. The palace is maintained by a Muslim and thanks to their hardwork the palace has remained intact for several years.