Mehsana is one of the prime locations of tourism in Gujarat. It is blessed with many historical monuments and natural sightseeing. In that one of the main tourist attractions is Thol Wildlife Sanctuary. It is basically a bird sanctuary which is abode of many rare species of birds. Nature enthusiasts prefer to take tour of this place to watch magnificent sightseeing and beautiful birds in their natural habitat. It got the status of wild life sanctuary in the year 1988, and since then it has flourished as one of the finest tourist destination in Mehsana district. 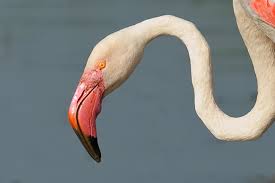 Thol Wildlife Sanctuary is spread over seven square kilometer in the large landscaped area. It is a shallow water reservoir which was constructed to accumulate water for irrigation in this region of Gujarat. It is manmade lake which was built during 1912 by the renowned ruler Sayajirao Gaikwad. He was the ruler of Baroda and to solve the problem of irrigation in this region he constructed this huge lake for preserving rain water.

Thol Wildlife sanctuary is famous for its eco tourism. Its shallow water is paradise for many birds like cranes, flamingos, pelicans, ducks, and other such birds that usually get huge amount of prey in this aquatic field. The lake is scattered in large landscape and it possesses huge stock of aquatic animals. These aqua animals are favorite food of these birds which makes this wonderful sanctuary heaven for them. Geese, egrets, spoonbills, whistling teals, and herons are the other species found in this beautiful sanctuary. It also becomes abode of many migrant birds that arrive from long distance to reach Thol Wildlife Sanctuary. 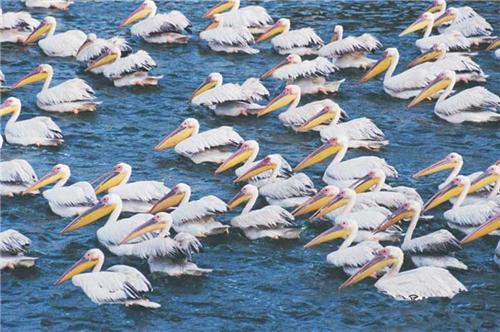 Thol wildlife sanctuary houses nearly hundred species of birds including migrants and domestic fauna. It got its name from the village called Thol which is situated near the park. Nature enthusiasts from long distance come to the park to see these magnificent creatures of nature. Tourists are able to perform various activities while coming for vacations in this area. In that, offering feed to these birds is the popular activity liked by many travelers. It not only houses birds for tourism, but also has rare species of plants and trees found in this sanctuary.

Thol Wildlife Sanctuary is situated on Ahmedabad- Mehsana Road, which is one hour journey from Mehsana. Though it is in Mehsana, it is nearer to Ahmedabad city. People can take any mode of transportation to reach this tourist destination. But going there by private car is the best option to arrive in this bird sanctuary.

During summers sanctuary receives blistering heat of 46 Degree Celsius hence it is difficult for visitors and even birds are rarely seen in this season. The lake of park remains almost dry so it is not proficient time to visit here. During monsoon, the lake gets filled with water and every part of park becomes delighted with sprinkling of waters. This is the good time to visit Thol Wildlife Sanctuary. 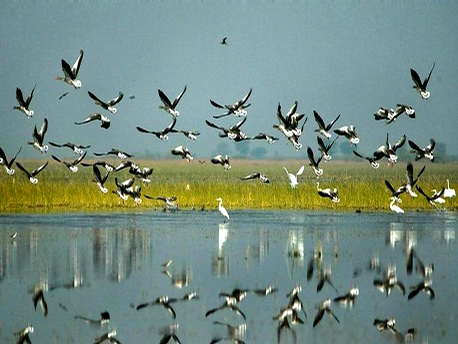 Visitors can watch ample numbers of birds, green vegetations, and beautiful sightseeing. But the winters are the best phase of season for tourism in this park. Winter falls just after the monsoon season and greenery and its vegetation remain intact for display. Hence during this time travelers can have thorough enjoyment of scenic views and wild life.

Things to carry in Thol Wildlife Sanctuary in Mehsana

Thol Wildlife sanctuary is wet land; hence people should take comfortable shoes which are compatible in water. Besides, travelers should wear long clothes or accessories to cover every part of body. This is to escape from any insect bites. Mosquito repellent and sunscreen cream must be taken while going for Thol Wildlife Sanctuary.  Sun shades, binoculars, and first aid kit must also be taken while arriving for tourism in the park.