The antiquity of Vadnagar as a city is some 2500 years old. This small city under Mehsana district has revealed many interesting archeological excavations in the recent times. These excavations prove its existence since Harappan times. It has Kapila River flowing through the city to feed the famous lake Sharmishtha which is now a tourist attraction here. 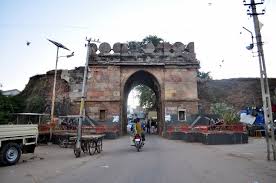 At an elevation of 143 meters, Vadanagar city is said to be established over an ancient mound created by the structures constructed and demolished with time in this area. This was proven in the diggings done by Archeological department in Vadnagar. It has so many ruins scattered all over to instigate interest in to its rich history.

Vadnagar is flanked to South by Visnagar and Vijapur, to west by Unjha, and towards east, it has Sabarkantha district of Gujarat. The city has its great contribution to Indian history and it is also the birth place of 15th Prime Minister of India, Mr. Narendra Modi.

History of Vadnagar in Mehsana

All over its history, one can see know about the legends of this place and its prosperity attracting destruction for it. The city was known by several different names viz, Chamatkarpur, Anandapur, Anartapur, and Vruddhanagar. The name of Chamatkar pur was given to it due to its king who was healed of leprosy by taking bath in its shakti tirth’s magical waters. At that time, it was a center for learning in this region with great scholars settled over here. 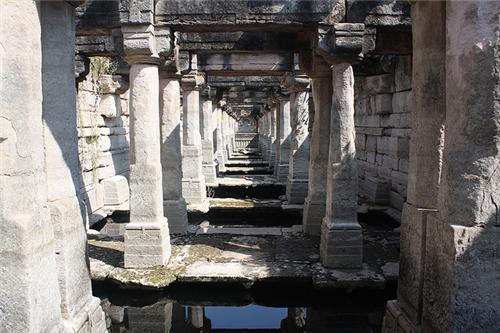 Then it became Anartapur, the capital of Anarta Pradesh, a prosperous state of Mahabharata era. The warriors of this land fought in this legendary battle from both sides and lost their military strength as such. During the first century, it flourished with arts, literature, culture, and music. With its industries and rich trades, it was given the name of Anandapur at that time. In 632 AD, the Chinese traveler, Hsuan Tsang visited the then Anandapur twice. In his books, he mentioned the city as a rich establishment with lots of temples and growing Buddhist impact.

The wealth and prosperity of Vadnagar attracted invaders all through its past. It was attacked by Malva rulers who ignored its welfare completely but when Solankis drove them out of here, they revived the culture of city and built a massive citadel with six huge gates. All these gates surrounded the city and they were built in different styles. Solankis were powerful rulers with penchant for industrialization and culture. It was during their reign that entire state of Gujarat flourished for nearly four centuries. 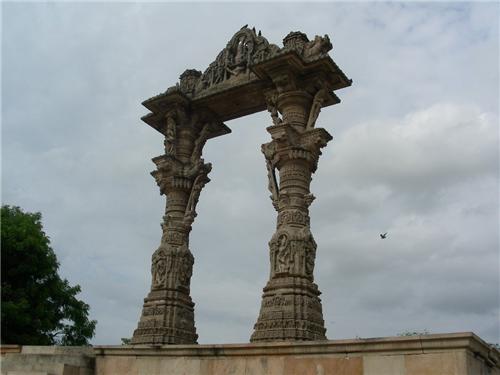 They built numerous temples, vavs, palaces, kunds, wells, roads, and schools in Vadnagar as well. It was again attacked by Delhi Sultanate and remained under the control of Muslim rulers for a long time till Marathas attacked Vadnagar in 1726 AD for the first time and their repeated invasions completely destroyed the city.

Due to its rich history, Vadnagar is blessed with some of the most marvelous architectural splendors. Temples, palaces, Vavs (step wells), and most importantly torans were extensively built in this city by its erstwhile rulers. The significant places to see in Vadnagar include:

Standing tall on the western flanks of Lake Sharmishtha, these victory arches or Kirti Torans are the reminiscent of Vadnagar’s history. These beautiful pairs of columns standing and supporting an arch are 40 feet in height. They are built with red and yellow sandstone. These torans or entrance gates are beliebed to be a regular feature of Solanki architecture. They are carved with battle scenes and hunting scenes. Due to their magnificence and significance in Gujarat’s history, these torans in Vadnagar are used as official symbol of Gujarat. There are some beliefs that these torans are part of a huge temple complex but there are no other ruins found around them to settle these beliefs. 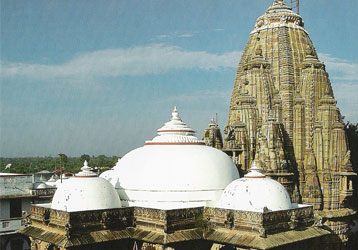 This huge temple facing the east direction was built around 17th century. It is dedicated to the deity of Nagar Brahmins who were the most prominent community of this region during those times. It is believed to house the Swayambhu or self emerged Shiva Lingam in its inner sanctum. The temple has exquisite carving that depict nine planets, dancing apasaras, flower motifs, gods of Hindu Pantheon, scenes from puranas, Ramayana, and Mahabharata, etc. The temple complex also has Swaminarayana temples, Jain temples, and Shiva temples.

This is an ancient lake built during Solanki period. It was created from water of Kapila River. The early settlements took place on its northeastern banks and to retain water to theses settlements, a kund called Nagdharo was also constructed comprising of a feeding channel, lake, and pool. The lake is under renovation as there are plans to develop it with an island having stadium. 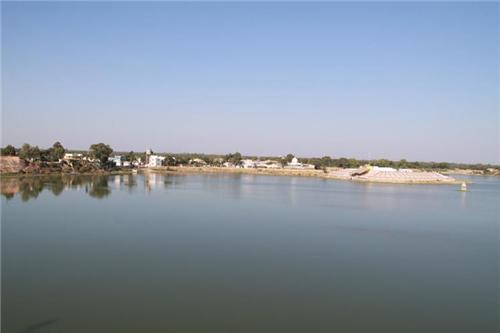 Other Attractions in Vadnagar Mehsana

The rich culture of Vadnagar was well supported by public infrastructure all through its history. It still continues the same way with government hospitals and private facilities for patients care and treatments. The famous hospitals in this town are:


How to reach Vadnagar in Mehsana

Vadnagar is located at a distance of 47 km from Mehsana city and 111 km from Ahmedabad. By road, many buses frequently ply to Vadnagar from Mehsana and they are quite preferred mode of transport in this area. 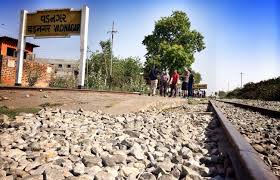 Siddhapur Railway Station at distance of 42 km from this town serves as rail head to reach Vadnagar by train. This station on Ahmedabad - New Delhi railway line has many major trains covering the entire country. The nearest airport from Vadnagar is situated in Ahmedabad at a distance of 111 km.